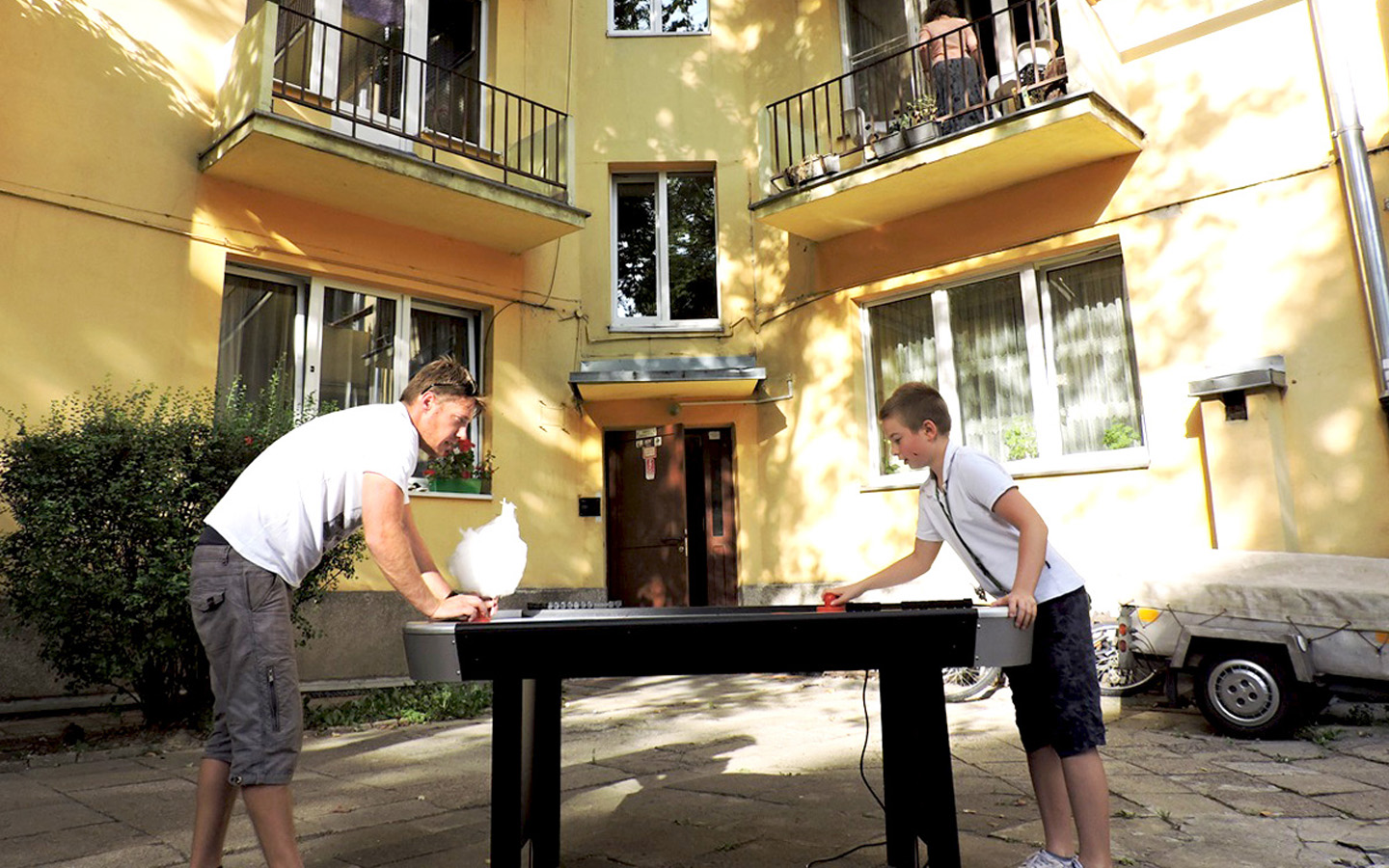 The event was addressed to the residents of Ochota district and was organized as part of the educational program entitled “The Competent Graduate”.

The creative concept was developed by students of the Cardinal Stefan Wyszyński University in Warsaw. JETEVENTS trainees were under the guidance of their mentors – agency’s employees.

The purpose was to revive the public space of the residential district, as well as to remind people of the games and activities that united the community at a time when there was no Internet, computers and smartphones.

During and after the event the residents consisting of children and adults repeatedly emphasized that it was a very interesting and useful initiative. It was postulated to repeat such actions in the future. The emotions that accompanied the public games were beyond words.