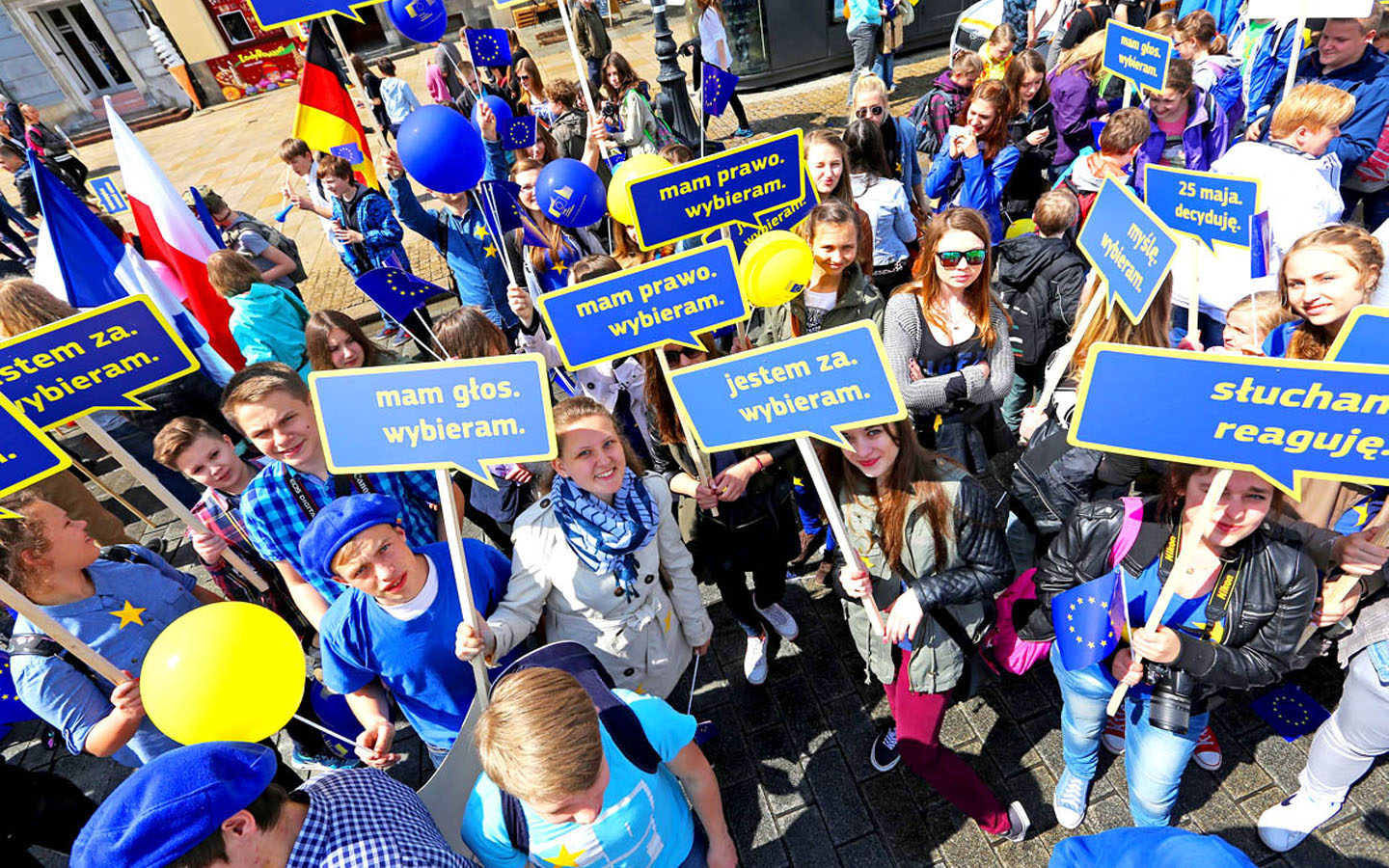 The leading motive of the activities was the 10th anniversary of Poland accession to the European Union and the upcoming European Parliament elections.

Europe Day and Schuman Parade are extremely vivid and wide-ranging events in which dozens of institutions and non-governmental organizations take part. The challenge for the agency that designed the participation of the European Commission in these events was to propose such solutions that will be attractive, visible against the background of others, as well as appropriately supportive in terms of communication.
As a solution, the agency proposed an original ambient format of “live comics”, which consisted of composing comic scenes in the street space by mime actors equipped with “speech balloons” (PVC boards).

As part of Europe Day and Schuman Parade, the JETEVENTS agency carried out a series of events: the European Commission booth located in front of Jasna HQ with the animation and competitions programme, booth located at Krakowskie Przedmieście with an attractive educational program, a series of ambient activities both on Jasna and Krakowskie Przedmieście Streets, as well as PR activities carried out on the Internet and social media.
During the Schuman Parade, the “live comics” ambient activities occurred extremely intensely, including not only the actors performing them, but also including a wide group of parade participants.

Once again it turned out how simple and creative ideas can bring uniqueness and energy to the event and contribute to expected image effect and also increase media coverage. The original ambient concept of “live comics” which was the essence of JETEVENTS concept, proved to be extremely newsworthy and noticeable, which was reflected in hundreds of publications in the media and the Internet.
Comic speech balloons and stars from the European Union flag animated by the actors were included in most photos documenting Europe Day and the Schuman Parade published in traditional and electronic media.
Thousands of young people traversed the Schuman Parade route with joy carrying banners in the form of comic balloons, what became the hallmark of the European holiday in Warsaw. Satisfaction of the ordering party, emotions of participants equaled fulfillment of the agency team.