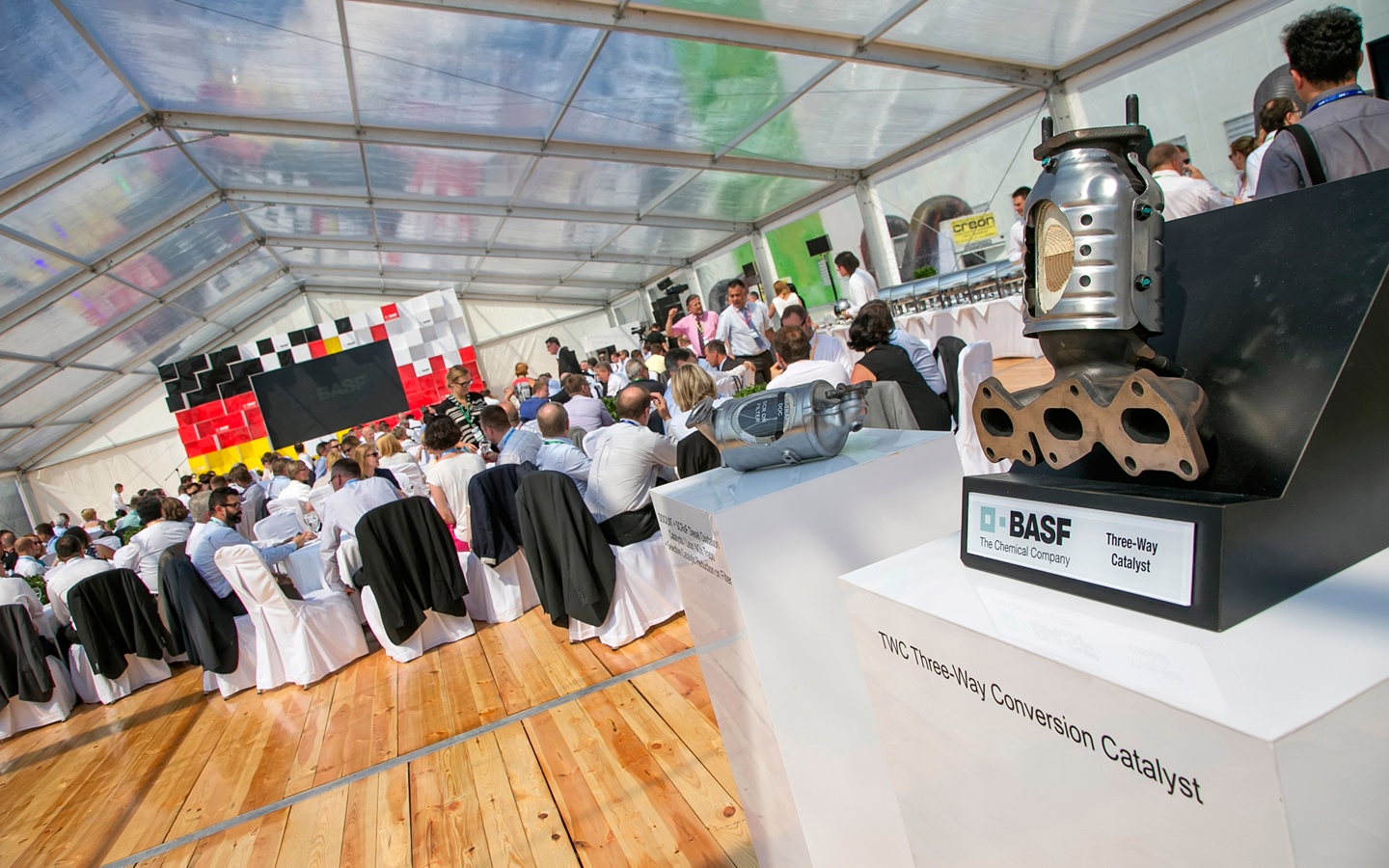 The largest BASF catalysts factory in Europe – an investment of 150 mln euro created over 400 new jobs. The opening of the plant in Środa Śląska was a great event for the region.

The agency’s task was to create and comprehensively implement the event. Challenges included organizing the event during the factory’s normal operations and also visually design an interesting display of products, in rather uninviting surroundings.

The event took place in a transparent tent hall with an area of 700 m2, where BASF products were displayed on cubic pedestals and display cases. The cube referred to BASF logotype and was a leading theme in visual identification and set design. The opening ceremony was conducted by Agata Konarska and had an eye-catching moment of cutting the ribbon.

About 300 people took part in the event, including authorities, foreign guests and journalists. The opening of the factory achieved an effective setting, was noted in many publications and was a good opportunity for establishing business contacts.