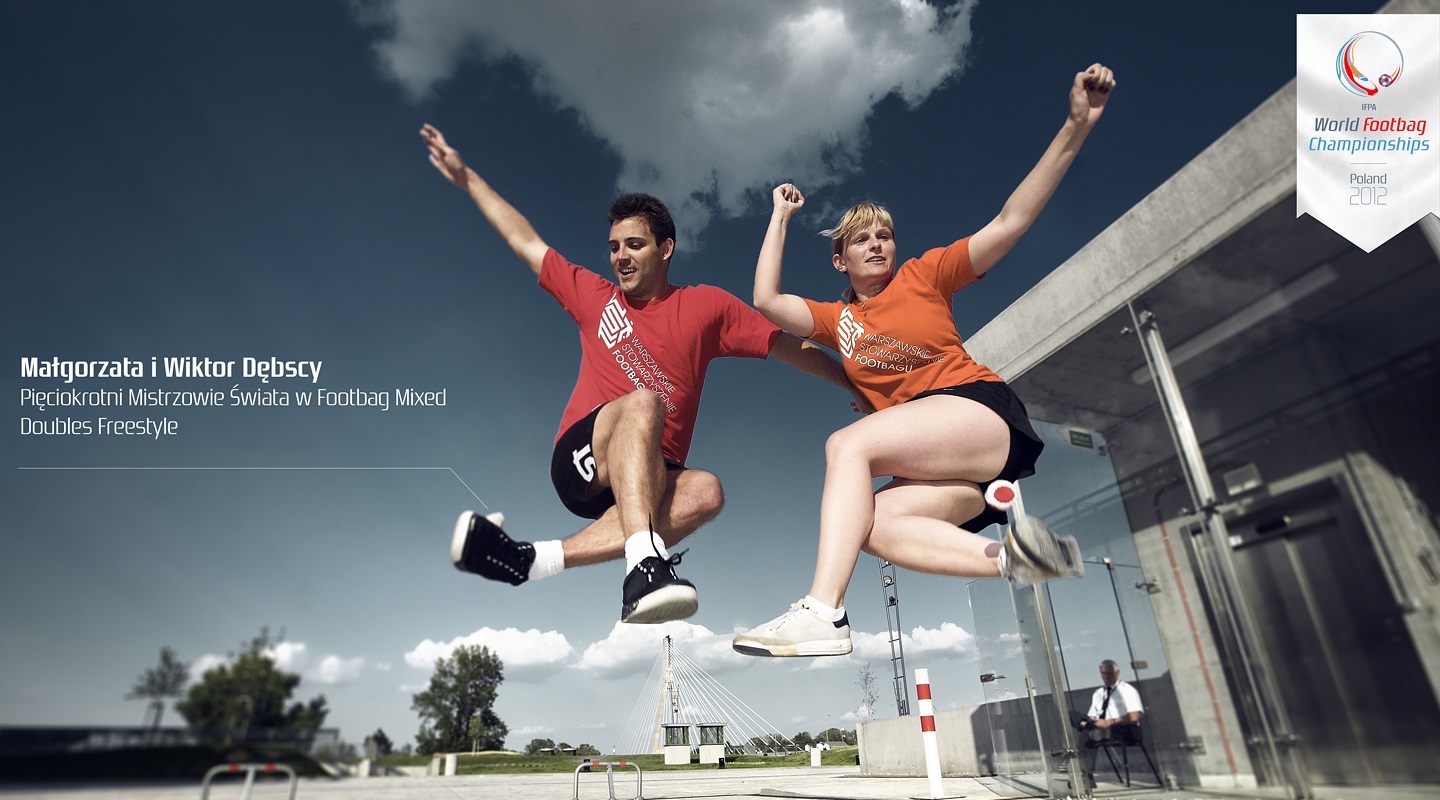 About 3000 footbag players, referees, activists and fans from around the world took part in the event.

Footbag is an extremely spectacular and exciting sport. The World Championships in this interesting sports field were organized in Poland for the very first time. The event gathered players from several dozen countries from around the world, consisted of tournaments in several categories, integration events and special veteran shows. Organization of the event was a challenge for the agency since we had to meet the federation guidelines and championship traditions.

The championships were held from July 29 to August 4, 2012 at the University of Physical Education in Warsaw. JETEVENTS agency was a partner and executive producer of the championships. The agency was responsible for the logistics, technical facilities of the event as well as PR activities.

The Warsaw event was rated by the International Footbag Pinball Association (IFPA) as the best World Championship organized to date.